Visio Nerf, a leading designer and manufacturer of industrial vision systems, offers a full range of 3D sensors used for robot guidance to automate various tasks such as bin picking. It took the company several years to offer an industrial vision solution with unequalled performances in terms of precision and reliability in the field of bin picking. To achieve this, Visio Nerf’s technical experts and international sales team have been working together for 15 years with many players in the automotive and foundry industries and have finally overcome the constraints induced by the most complex industrial task to automate.

Here are the main stages of this evolution which represent a large part of Visio Nerf’s history.

Bin picking: at the heart of Visio Nerf’s innovations 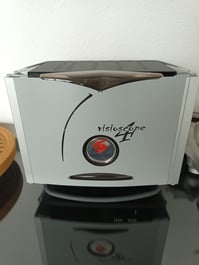 With its know-how and experience in 2D vision since 1990, Visio Nerf began to develop 3D vision solutions for robot guidance applications in the early 2000s. The R&D team then considered adapting 3D vision to bin picking operations. In 2006, Forges de Courcelles, the French leader in the forge industry, chose Visio Nerf to design a crankshaft bin picking cell in partnership with the robot manufacturer KUKA. The vision system, specifically developed for bin picking operations, consisted of a powerful laser coupled with a 2D camera mounted on the robot. The camera and the robot moved together above the crankshaft bucket to scan and collect the 3D point cloud. The 3D image processing software, also developed for this application, enabled to locate a crankshaft in the bulk and communicate its coordinates to the robot. The part was then picked up from the bulk by the gripper to feed the processing line. Both vision and software systems were managed by Visio Nerf's VisioScope automaton. Less than 3 years later, Forges de Courcelles decided to install a second crankshaft bin picking line. 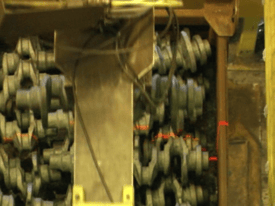 In 2009, Visio Nerf introduces the eyesberg3D software suite which offers the possibility of managing several applications (localization, bin picking, robot guidance, etc.) using different modules. This patented software has greatly simplified the programming by combining the CAD file of the part to be picked with the 3D point cloud collected by the vision system.

In 2014, a new era began with the launch of the cirrus3D sensors range. A major technological breakthrough emerges with the transition from customized 3D solutions to standard ready-to-use solutions.

The systems are now calibrated at the factory before installation on the customer's premises, which generates considerable time savings and facilitates implementation. With this cirrus range, Visio Nerf revolutionizes 3D vision and offers bin picking solutions up to three times cheaper than specific solutions: it is the starting point of bin picking democratization.

This 10 year-experience in 3D vision for specific applications has led to the design and manufacture of a sensor that perfectly meets the needs of many industries. The industrial robotization market can now take advantage of a 3D sensor with outstanding features - robustness, rigidity, IP65 protection index and an exceptional cooling system - which enable its use in the most extreme environments (foundries, forges, workshops, etc.)

The cirrus3D sensor was very well received by customers as soon as the product was launched in early 2015 and many new projects were initiated. For each application, new vision capabilities are offered to customers who are quickly convinced by the performance of this revolutionary sensor.

For optimal operation in extreme conditions – such as foundries or forges where temperatures surrounding the sensor can reach approximately 100°C -, the cirrus sensor is kept cooled in a controlled temperature package. But the most unusual application with which the cirrus sensor has been confronted so far remains the wear control of drill bits carried out in Hong Kong in one of the largest tunnel boring machines in the world. 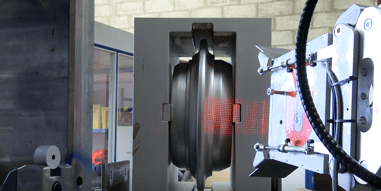 To perform in demanding inspection or control applications, the cirrus3D had to feature an excellent point cloud and accuracy. Visio Nerf’s engineers have constantly improved the performance of the sensor. By implementing more powerful algorithms, they achieved to obtain a cloud of homogeneous point density on bi-material metal-rubber parts or on glossy and matt parts in the same scene.

In order to provide a greater ease of use, the cirrus was equipped in 2018 with a new interface called Sensor Manager. Its role consists in managing the main sensor but also the secondary sensors connected to it. In addition, this new interface enables to control in a very simple way several parameters (exposure time, dynamic mode and filtering of parasitic points) which influence the quality of the point cloud. By playing on the density of points required for the application, the scan time can also be optimized. 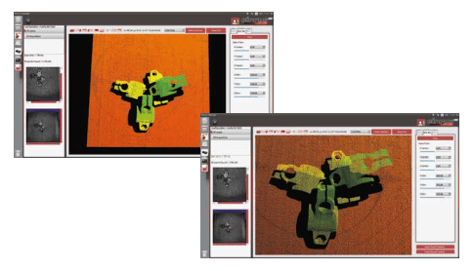 In the last quarter of 2019, Visio Nerf achieved again a master stroke by combining the Path Planning function with the cirrus3D sensor. The Path Planning manages the axes of the robot - and therefore its trajectories - to carry out the pick-up and drop off operations while avoiding collisions of the gripper and the robot with the cell environment. It greatly facilitates the programming of the system and robot trajectories, saves time during integration and leads to a cost-effective approach. 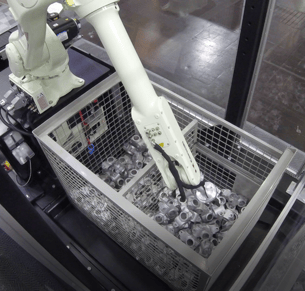 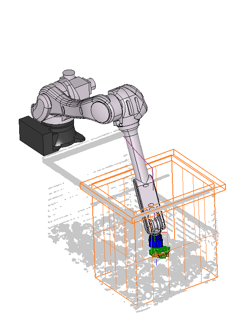 A story to be followed

Thanks to its 15 years of experience in the field of bin picking, Visio Nerf offers a "made in France" solution (sensor and software entirely designed, produced, assembled and calibrated at Visio Nerf) at the cutting edge of 3D technology fully adapted to the real needs of the customers.

And the adventure continues. Progress in the fields of electronics, materials, optics and the countless opportunities for technological breakthroughs promoted by artificial intelligence promise great challenges for the Visio Nerf teams.